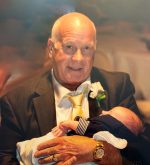 Gordon Orville Agnew died peacefully in Brandon General Hospital on April 20, 2019 with his family by his side. Gord was the youngest son of Jean and the late Orville Agnew. Those left behind to mourn his passing are: his wife of 42 years Dianne (Josephson), his two sons Chad (Andrea) and Mark (Kristy) and four special grandchildren Jase, Mila, Levi and Elliott; his mother Jean, brother Bill (Alana), niece Lara and her children Wyatt, Kylie, Emma and Mila. He is predeceased by his father Orville, niece Shannon and nephew Derrick.

Gord lived and farmed in the Dand/Hartney area all of his life. To begin his farming career he started out with his father Orville, Uncle Harvey and cousin Lloyd. As years passed and the farm progressed, he continued on farming with his wife and two sons. He was fortunate and proud to continue to work side by side with his oldest son Chad for the last 10 years. Gord always expressed how happy he was to have Chad carry on his lifelong work and continue on the family farm. He loved his community of Hartney and tried to support the local business as much as he could.

Gord loved to play all kind of sports growing up. He played ball with the Lauder Parklanes for many years and developed lasting friendships that he cherished all his life.

Gord had 3 passions in life: family, farming and hockey. At certain times the order of priority might have changed and was certainly debateable. He started his coaching career at a young age when his playing days came to an end due to injury. He enjoyed coaching his sons during the winter and summer hockey seasons and prided himself on being a fair and honest coach. He was always trying to get the best out of each and every player and was usually successful in that attempt. He served as Vice Director and Director of the Westman Region with Hockey Manitoba for 14 years and won “Volunteer of the Year” for the Province of MB. He served as President on the local Hartney Junior Sports Committee as well as on the Hartney Rink Committee; he was always striving to improve our small rink and town.

One of his proudest hockey accomplishments was assisting in bringing back senior hockey to Hartney. Gord was the Head Coach and Manager from day 1 and did so right through to the end of the 2018-2019 hockey season. His favourite years of coaching were when both sons played for the Blues. He enjoyed talking over the lineup, upcoming opponents and strategizing with his son Mark before and after each game. He would also love chatting over coffee at Redferns to rehash it all over again. He was a very committed coach and expected the same from all of his players.  Gord and Dianne’s social life revolved around the Blues’ schedule and he wouldn’t even think of going on a holiday until the hockey team was done for the year.

Sadly, Gord lost his battle with diabetes and complications from this disease. The family wishes to express their utmost thanks to Dr. Cram for his wonderful and compassionate care he provided over the past several years. Additionally, the family would like to thank the nursing staff at Souris hospital for their kindness and excellent care.

If so desired, donations can be made in Loving Memory of Gord to the Hartney Splash Park at the RM of Grassland – Box 146, Hartney, MB R0M0X0