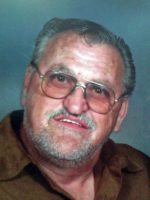 McGowan: Gord, June 19, 1947 – November 19, 2018. Gord and Diane were owner operators of G & D Roofing from 1979 until 1990. During this time, they also became owners of the Video Garage and operated it from 1984 to 2001. It started as a game arcade with movie rentals, convenience store and takeout pizza, along with a bus depot. In 1990, they converted it to a restaurant and convenience store, retaining the bus depot. Gord ran Southwest Bus line starting in 1984. In 1986, along with Jean Morrison and Larry Mills, Gord and Diane were instrumental in starting Hartney Hopper Days, complete with fireworks display. God was involved in the fireworks from then until the 2018 fireworks, helping others obtain their fireworks certificates. God served as councilor for the Town of Hartney for two terms, 1989 to 1992 and again, 1995 to 1998. He also served as landfill manager for the Town of Hartney and the R.M. of Cameron from 2001 to 2010. In 1997, Gord coordinated the start up of the C.O.P.P. program, in conjunction with the RMCP. During the filming of the movie, “The Lookout”, Gord worked security. Among other community services, Gord was a handi transit driver from 1986 to 2005 and an ambulance driver from 1986 to 2001 and a member of the Hartney Fire Department from 1984 unit his passing. The last several years, he has done the weekly pager test. “Hartney Fire Department, Pager Test” came over the firemen’s pagers every Thursday at 7:00. Gord was always a community minded citizen and always helped where he could. In Gord’s memory, we would like to see the 2019 Hopper Days Fireworks as a special tribute to him. Donations to the 2019 Gord McGowan Memorial Fireworks will be accepted at the municipal office and a tax deductible receipt will be issued.