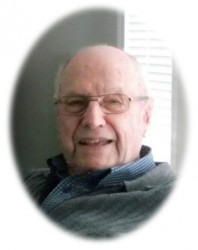 Saunderson: Charlie passed away peacefully at the Souris Health Centre on July 15, 2014 at the age of 96 years. He is lovingly remembered by his wife Clarice of 72 years, daughter Muriel (Al), son Ron (Joan), grandchildren Pam (Garth), Colleen (Don), Kim (Rick), Cory (Shawnalee), Steve (Tracy) and 10 great-grandchildren. Charlie was predeceased by his parents Wallace and Hilda, brothers Bill and Ronnie. Charlie farmed for 42 years, first on the family homestead farm and then near Brandon. He was always active in the community serving on the  Co-op, Pool Elevator and Souris Library Boards. He was a member of the Oddfellows, Forresters and Toastmasters. He enjoyed curling, especially bonspiels, and in later years spent many hours on the golf course. He was proud to be the oldest man playing the Souris course the last couple of years. Charlie and Clarice enjoyed 30 years as snowbirds in Arizona, Florida and Texas. Charlie loved people but his greatest love was his family. He would look at us all proudly and say    ”this is all my fault”. Funeral service was held Monday, July 21, 2014 at St. Paul’s United Church, with Rev. Harvey Hurren officiating. Private interment was held at the Souris & Glenwood Cemetery. Donations in memory of Charlie may be made to the Souris & Glenwood Golf Club c/o R.M. of Glenwood Box 487 Souris, Manitoba R0K 2C0.