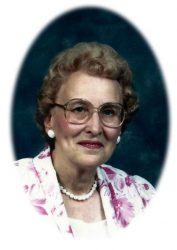 Strath, Grace  Suddenly, at the Souris Personal Care Home Grace passed away on August 8, 2013 at the age of 89. Mom was born on September 21, 1923 at Elkhorn, Manitoba. She was predeceased by her husband Russell, her parents Fred and Daisy Williams, her brother Gordon, and her sisters Freda Nelson and Maise Lewis. She is survived by her daughter Donna (Dale) Robbins her son Gary (Donna) Strath, grandchildren Tom Robbins, Patrick (Robin) Robbins, Ben Strath, Katie Strath, Garett Strath, Russ (Corene) Gregg, and great grandchildren Ben, Katie, and Calli Gregg and Neve Robbins. Mom was born into the farm life. Her two sisters did the house chores and mom’s responsibilities were, along with her brother, the outside chores and duties. After finishing her Grade 12 she took her teachers training in Brandon and in Gimli. The first school she taught at was Montgomery School close to Virden.  It was a fairly large school with all different age groups and grades.  Deciding she needed something a little scaled down she got a job teaching at Powerview School north of Brandon and then Hebron School in the Hayfield District where she met Dad.  Her teaching career continued sporadically in the form of substitute teaching at South Beresford School after she and dad were married in 1946. The amenities on the farm were few those first years of mom and dads married life.  No hydro, no car, and no telephone.  She was kept busy with the livestock and crops and raising two children.  In 1962 they moved to Oakland Municipality and farmed there until their retirement in1980.  She and dad continued to help on the farm whenever they could and although retired the farm still played a major role in her life. Mom was a social person and found the time to enjoy the gatherings the rural community had to offer.  On the farm and also in Souris her and dad’s home was often the centre for family celebrations, social windups, and impromptu get-togethers. When they moved to Souris she had the time and energy to be involved in her two biggest loves; curling and singing. She curled with the women (until age 85) and in bonspiels in Souris and surrounding area. Mom sang for many years in the United Church Choir and also sang with the “A  cappellas” barbershop group.   She was with the “Our Girls” quartet as they performed in districts over South Western Manitoba, Brandon at the Westman Centre, and at Pantages Theatre in Winnipeg. Her involvement in “Home Fires” CBC Television broadcast for Remembrance Day was memorable for her.  She was able to speak of her brother, who lost his life to war, what he meant to her and to reflect on those years. Mom loved scrapbooking and had books from the time her teaching career started.  There were newspaper clippings and pictures of many community events, life, people, and also of her grandchildren’s accomplishments. Her organizational skills and fastidious records were the best as was her baking which was always plentiful. She was a dedicated volunteer and a strong supporter of the community She loved coffee time, visiting with her many friends and acquaintances, and rarely forgot a name, even in recent years when her memory began to fail her.  She didn’t travel a lot but spent one memorable journey to Holland with her sisters to visit their brother’s gravesite. She was especially proud of her grandchildren. She was a great support to them, attending many of their functions and feeding them her great cooking.

Thank you to the Staff & Doctors at the Souris Personal Care Home.

In memory of Grace, donations can be made to the Souris & Glenwood Foundation Box 518 Souris, Manitoba R0K 2C0.

“We have lost but heaven has gained

One of the best the world contained”

We love you and miss you mom