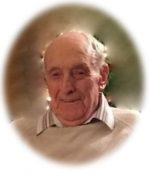 Robbie, as he was known to all, passed away peacefully on Sunday, January 28, 2019, at age 89, at the Souris Health Centre, after a long battle with cancer. A graveside service was held February 2, 2109, at the Souris & Glenwood Cemetery with Rev. Harvey Hurren officiating, followed by a gathering of friends at the Souris Legion for lunch and a time of remembrance.

Predeceased by his loving wife Pamela in 2004, he is survived by his sister Gladys Smillie of Ardersier, Scotland, nephew Ewen Smillie and wife Catherine of Ballynahinch, N. Ireland, nephew Ian Clayton and wife Andrea of Inverness, Scotland, and Pam’s brother Kenneth Clarke and wife Carolyn Davies and family of London, England. Born in Culmill, District of Kiltarlity County Inverness, November 6, 1929, he immigrated to Canada in 1957 and worked for a period of time as a farm labourer in the Carroll district and as a lift operator at the San Antonio gold mine, Bissett, MB. On a return visit to the UK he met and, in 1966, married Pamela Clarke, settled in Souris and began work in the farm machinery and auto industry, retiring in the mid 1990s after a long career as parts man for Cubbon Motors, where he was a dedicated and respected employee. Robbie was a charter member of the Souris Lions Club and a longtime member of the Souris branch of the Royal Canadian Legion. Robbie was a proud Canadian but he also cherished his Scottish heritage. He will be missed by all who knew him.

In memory of Robbie, donations may be made to the Souris Hospital Palliative Care Fund c/o Prairie Mountain Health Box 10 Souris, Manitoba R0K 2C0 or to Cancer Care Manitoba.