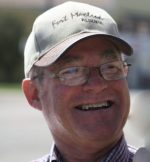 William Fraser (Bill) Good passed away peacefully with his family by his side at the Souris Personal Care Home on Tuesday December 28, 2021. Bill was predeceased by his wife Deb Good and parents Bill and Helen Good. Bill will be lovingly remembered by his four sons Barry (Laura), Craig (Tanya), Derek (Stephanie), Glenn (Nicole), as well as grandsons Braeden, Josh, Cash and Ryder. He will also be forever missed by his sister Barb (Ken) Falloon numerous nieces and nephews, mother-in-law Betty Fitzpatrick, sisters in law Juanita McNish and Glenda (Lyle) Laird and extended families.

Bill was born in Regina, Saskatchewan on January 6, 1949 to Bill and Helen Good and they spent the first 5 years of Bill’s life on a farm at Pense, Saskatchewan where Bill Sr. was from. The family then purchased a farm at Souris, Manitoba and they left the “Good” country at Pense and headed to “Fraser” country where Bill’s mom Helen was from.  He was raised on the family farm east of Souris, Manitoba with his sister Barb.

Bill farmed most of his life with his dad Bill Sr. and, also drove truck hauling milk and gravel as well as the school bus over the years until health forced him to retire in 2012. After retirement Bill continued to live on the family farm lending a hand to his brother-in-law Ken moving trucks, picking up parts for Craig, giving his grandson Cash rides to school, or any errand any of his sons needed done when called upon. Bill loved all four of his sons equally and unconditionally, and when asked was there to help or support them at the drop of a hat. He also loved his grandsons’ and was their biggest fan, ready to cheer on Braeden and Josh playing hockey or soccer, Cash playing baseball or spending time with his youngest grandson Ryder at Glenn’s place in Saskatchewan.

Unfortunately, in August of 2019 Bill suffered a life changing stroke. It may have changed his life but never changed who he was or his personality, his eye rolls when someone said something, he disagreed with was proof of that. He was limited in communication with a few words, but still had a few swear words in his vocabulary and he knew exactly when to use them. Bill always looked forward to the visits when he was able to in person, or through facetime on the iPad, and always ended with what we called the Bill Good wave. Bill was very fortunate to have a sister who loved him very much. Barb was there for him day in and day out to keep him on his toes and rarely a day went by that she wasn’t there to visit him.

As everyone will know, Bill was also quite fond of the local coffee shop and it was a morning ritual that he enjoyed immensely taking in all the local banter and helping solve the world’s problems. He enjoyed the friends and neighbors that also frequented the coffee shop and the friendly arguing over which make of truck was better Ford, Chevy or Dodge. This was one of the things we know he missed a lot when he could no longer go.

A caring, kind, and supportive father, brother, grandfather, uncle and friend, Bill always put everyone’s needs ahead of his own. Bill will be sadly missed by all, but memories of him will last forever.