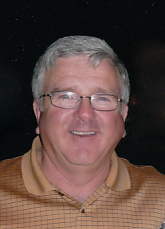 It is with shock and sadness that we announce the passing of Grant Hudson Maguire in Portage La Prairie Hospital while en route to St. Boniface Hospital in Winnipeg on January 25, 2016. Grant was born in Souris Hospital on January 1, 1952 to Gib and Eileen (Grant) Maguire. Grant got his schooling in Elgin and Hartney. He first worked in Winnipeg at the Land Titles office as a clerk but decided to come home to Elgin to farm with his father. Before Grant was done high school he acquired his pilot’s license. Grant married Doris Moreau of Hartney and together raised two sons, Wesley and Warren. Grant loved farming and did so for 44 years. In the early years of marriage during the winter months Grant worked at the Souris Cheese Plant, and then Clearwater’s grocery store in Elgin. Grant also played fastball and ice hockey for several years. He was a very active community member, serving as secretary for 20 years for the Elgin Pool Elevator. Grant also served on the Elgin Fire Department for 27 years, 12 of them as fire chief. He was one of the founding volunteers of the construction of the new Elgin Community Hall and held the position as chairman on two separate terms. Grant was also very busy at the Elgin rink as president for one term and caretaker for two seasons. Grant and Doris moved to Souris in 2010 and he continued to farm until 2014. He became a legion member, and also acquired a position at the Victoria Park Lodge as maintenance man. It was the perfect job for him, fixing things, visiting with the residents, sampling food in the kitchen on his way through, and being given the time to still farm. Grant was predeceased by his parents Gib and Eileen. Remaining to cherish his memory are Doris, his wife of 43 years; children, Wesley (Jennifer) Maguire of Deloraine, and Warren (girlfriend Lisa and her children Mathieu and Maslyn Belair) of Elgin; grandchildren, Caleb, Kristal and Natalie Maguire: brother Keith (Gary Frain) Maguire of Winnipeg; sister-in-law Carol (Andy) Wilton of Brandon; numerous aunts, uncles and cousins. A service of celebrate Grant’s life was held on Friday, January 29, 2016 from St. Paul’s United Church, Souris, Manitoba with Don Sellsted officiating, and Grant Jackson as soloist. In memory of Grant, donation may be made to the Heart & Stroke Foundation.