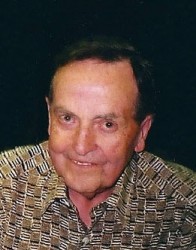 McIntosh, Robert William  Peacefully, on Tuesday, November 5, 2013 with family by his side, Bob passed away at the Grace Hospital.Bob was born in Souris, Manitoba on March 24, 1924 to Florence and James McIntosh. The family moved to Fort William,Ontario when Bob was a teenager. He had already met the love of his life, Billie, who followed him to Fort William. Bob and Billie moved between Fort William and Souris before settling in Winnipeg. Bob is predeceased by his beloved Billie, his first son Jay, his parents, and his brothers Don and Jack. He will be greatly missed by his son Shawn (Kathy), his sister Francis, his daughter-in-law Kathy Anderson (Tim), his grand children: Michael Anderson (Doreen), Justin Anderson, Sara Down (Rob), Tim Anderson, Heather McIntosh (Jesse), and Michael McIntosh and his great grandchildren all of whom he adored. Bob began his career as an aeronautical designer at Canada Car in Fort William before moving to Winnipeg and making his mark at Bristol Aerospace. Bob had an instrumental role in the design of the the Lockheed L1011. Bob was a proud member of the Elks Lodge #10 and with Billie’s involvement with the Royal Purple Lodge #12, they made many lifelong friends whom he cherished dearly. Bob was an avid golfer. He liked to travel to a rural golf course. Many a morning he’d be long gone before the sun rose traveling to a small Manitoba town for a round of golf, taking in the sites along the way. Bob was a gifted artist. He would start a doodle on a napkin and it would turn into an amazing pencil sketch or a water colour painting. He loved Big Band music. He and Billie could tear up a dance floor. Bob could not pass by an empty piano bench without sitting down to play a little ditty. Flowers are appreciatively declined, if so desired please make a donation to the Elks & Royal Purple Fund for Children, 100 2629 29th Ave., Regina, SK S4S 2N9.