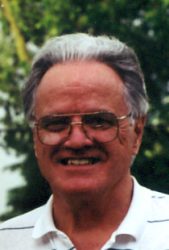 Wilf passed away peacefully in Souris at the Personal Care Home at the age of 78 years.

Dad will be dearly missed by his three children and nine grandchildren. Eldest son Darwyn and Cindy (Jared, Adam, Cody and Kendra) of Souris, daughter Darla and Steve Shillington (Brandon and Brianna) of Carnduff, Saskatchewan, and youngest son Bradley and Lana (Brett, Reid and Kyle) of Gillam Manitoba. Wilf was the youngest of five children and was predeceased by his parents William Bruce (1967) and Blanche (1976) Minary. His siblings are; brothers Allison (Doreen) and Bruce (Marg) Minary of Brandon; sisters Nadine Hayes of Souris and Joy Reid of Brandon.

Wilf grew up on the family farm in the Nesbitt area and like most of the young men of that area he played baseball and hockey. His most treasured time was playing ball with his brothers and the other younger men in that area for the Riverside and Oakland baseball teams. It was during that time that he met and married Donna Andon from Ninette, Manitoba.

Wilf and Donna were married April 16, 1959 at the Burbank Church near Nesbitt, Manitoba. It was during that time that Wilf left the farming occupation and became a baker. He lived, baked, and raised his family in Ninette, Killarney and Souris. For nearly thirty-five years Wilf baked throughout southwestern Manitoba eventually retiring in Souris.

Although Wilf lived off the farm most of his adult life he still maintained a great love of nature and animals. He was an avid gardener and truly enjoyed the company of pets.

The family would like to thank the many family, friends who have shown their support during this trying time. Special thanks to the staff of the Souris Hospital and Personal Care Home who cared so much for Wilf.

On March 1st, 2013 family and friends gathered at Darwyn and Cindy’s in Souris to honor Wilf. A graveside memorial service will take place at Minnewawa Cemetery in the spring.