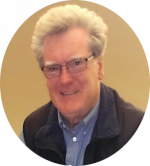 It is with great sadness that we announce the passing of Herbert Bruce Morrison on Friday December 4, 2020 at the St. Norbert Personal Care Home at the age of 70.

Bruce was born September 26, 1950 in Brandon to Norma & Herbert (Bert) Morrison. Bruce was raised on the family farm south of Beresford with his three younger siblings Donald, Sandra and Craig.  He attended school in Souris and then enrolled in a TV Electronics course at ACC.

Bruce was married to Janet (Stephenson) and they were blessed with two wonderful sons Jeff & Allan. He enjoyed spending time with his sons and grandsons. Bruce moved to Winnipeg and Birds Hill before settling in Lockport with Linda. Bruce always enjoyed tinkering around the farm this included having a stock car that he raced. When he was in Grade 12 he entered a draw at Wilton Motors in Brandon and was the lucky winner of a 1968 Mercury Montego Cyclone GT. Bruce was a handyman always able to fix anything. He was always an outdoors person he enjoyed snowmobiling when the boys were young. He then continued to love the outdoors with his many walks and bike rides thru Birds Hill Park. Bruce enjoyed many camping trips with his Ford Truck, tent, popup truck camper, and travel trailer to many different destinations. Bruce & Linda enjoyed many camping trips.  At the young age of 68 he moved to St. Norbert PCH with Lewy Body Dementia.

Bruce worked for Atkinson’s in Hartney repairing Tv’s. He then moved to Brandon, worked for Benmarks and took over the store in downtown Brandon.  He then renamed the store Bruce’s Sales and Service where he sold and repaired televisions and audio equipment. Bruce even won a trip for two to Hawaii from Hitachi when he owned his business. He then took a course to become an insurance agent and worked for Mutual Life for a few years. Bruce moved to Wpg and continued his career in sales at Eatons and Foto Video in Tv & audio visual.  He enjoyed his sales position at Canada One Trailer Sales for many years.  He worked for Darrell Kupchik doing lawn maintenance and snow removal where he made many new acquaintances at the Mill, Hydro & private residences.

Bruce was predeceased by his parents Norma and Bert, numerous aunts and uncles. He is survived by Linda Joynt of Lockport, his two sons Jeff (Arlene) Morrison of Brandon, Allan (Larissa) Morrison of Winnipeg, 3 grandsons Keagan, Tanner and Haddon Morrison. Bruce is also survived by his two brothers and sister, Donald (Sylvia) of Calgary, Sandra (Dave) of Calgary, Craig (Marilyn) of Souris, numerous nieces, and nephews. He is also survived by Linda’s parents Cliff and Wilma Joynt of Brandon and brothers Brian (Sue), and Glenn (Rosemary).