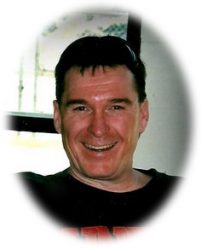 Randal George Vandermeulen – It is with great sadness that we announce the passing of Randy Vandermeulen on 23 November 2016 at his home in Nanaimo, BC. Randy’s life was cut short after a valiant battle with cancer.

Randy was born on 19 February 1957 in Souris, Manitoba. He worked for the Canadian Pacific Railway as a locomotive engineer. Most of his 35-year career was worked out of the Brandon terminal — relocating to Saskatchewan for his final 5 years and retiring to Vancouver Island in 2013. During his career, Randy served several years as Local Chairman of the UTU.

Randy had a quest for learning. He was an accomplished 33rd degree Mason and Shriner. He earned his private and commercial pilot’s licenses and enjoyed viewing all the Western provinces from the cockpit of his own plane. Some of his many interests included travelling, golfing and spending time with family and friends.

Cremation has taken place and a “Celebration of Life” in Randy’s honour was  held at St Paul’s United Church, Souris, Manitoba on Friday December 16, 2016 at 2:00 p.m.

In lieu of flowers, expressions of sympathy may be directed to the Canadian Cancer Society or the Shriner’s Hospital for Sick Children – Canada.