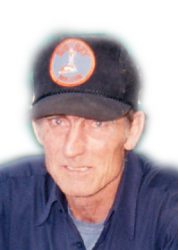 Bertholet: Edward (Ebby) John Frank passed away on September 18, 2015 at the Souris Health Centre. Ebby was born on September 27, 1935 to the late Mary (Heape) and Frank Bertholet. He was the second oldest in a family of seven boys and three girls. His childhood was spent growing up in the Deleau area. Ebby married Alice (Vodon) on December 1, 1956. They had three children; Cindy, Gail and Matthew (Deceased). Alice and Ebby started out in Deleau but moved to the town of Hartney. Ebby loved to farm, hunt and trap, but his passion was the oil rigs. He could spend hours telling stories about the rigs and the people he worked with. Ebby grew up in a time where you worked long hard hours, and made the due with whatever you had. This was often very evident when he fixed or made something. Fall and winter were Ebby’s favorite times of the year. He would spend hours driving around in the little red truck, to see where the ducks and geese were, or checking for beavers and of course deer. He loved deer hunting but again it had to do with friends and family he would go out with. Family was very important to Ebby. Alice and Ebby were married for 52 years when Alice passed away on December 16, 2008. He was also predeceased by brothers; Bill and Babe and sisters Fanny, Lanny and Eva. He is survived by four brothers; Chubby, Marty, Everett and Denny. His daughters Cindy Reynolds (Dave Duchak) and Gail Wright (the late Brad Wright). His grandchildren: Sheldon (Kathy) Reynolds, Darren (Bev) Reynolds, Hope Reynolds (Mike), Richard (Chelsey) Underwood, Dusty (Keely) Underwood and Chad (Jessica) Wright. In addition, there are fifteen great grandchildren whom he loved as only he could. Funeral service was held on September 24, 2015 at 11:00 AM at St. Jean’s Catholic Church in Grande Clairiere, Manitoba. Arrangements were made with Kowalchuk’s Funeral Home of Souris. In memory of Ebby, donations may be made to the charity of your choice.