Belbas: Danny, 86 years, passed away in the Souris Personal Care Home on Sunday, July 18, 2021. A graveside funeral service for family and friends was held at the Souris & Glenwood Cemetery on Saturday July 24, 2021 at 11:00 a.m. In memory of Danny, donations may be made to the Souris Legion.

It is with great sadness that we announce the passing of Garth Boyes on July 10, 2021, in the Souris Hospital.

Garth was born on November 25, 1943, to Walter and Dorothy Boyes (Canning). He grew up on the family farm where he continued to live and farm until he retired in 2000.

On October 12, 1968, he married Lorraine Reynolds and they took over the family farm. There they raised three children Janine, Terry, and Sheena. Garth had a mixed farm with milk cows, cattle, pigs, 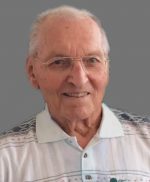 Frank Elmer Basiuk, was born September 28, 1929 on the farm homesteaded by his grandfather near Foam Lake, Saskatchewan. He grew up in the nearby small town of Parkerview with his two brothers, Henry and Joseph and his twin sisters Eleanor and Evelyn.

Always active, from a very young age Frank had a penchant for wandering away from the family home, often accompanied by his dog. These early explorations earned him some punishment, but were perhaps indicators for his later willingness and

Burnett: Dorien, 89 years, beloved wife of the late James Burnett, mother of Bonnie, Cheryl, Robert, Darlene, Douglas and Robin, passed away in the Valleyview Care Centre Brandon, Manitoba on Thursday, October 29, 2020. The family will cherish Dorien’s memory privately. In memory of Dorien, donations may be made to your local Food Bank or a charity of your choice.

Boehm: Marion, 90 years, beloved wife of the late Bob Boehm, mother of Bruce Wilson, David Wilson and the late Denise Wilson, passed away in the Souris Personal Care Home on Monday, October 19, 2020. A graveside service for family and friends was held at the Alexander Cemetery on Saturday October 24, 2020. In memory of Marion, donations may be made to the Brandon Humane Society.

Marion Brunette Boehm, born April 15, 1930 in Minnedosa, Manitoba was the eldest child and only daughter of Herbert 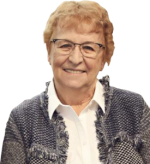 Bond: Brenda, 92 years, beloved wife of the late Tony Bond, mother of Clive and Howard, passed away in the Souris Personal Care Home on Friday, November 15, 2019.  Funeral service was held at St. Paul’s United Church, Souris, Manitoba on Saturday, November 23, 2019 at 11:00 a.m. In memory of Brenda, donations may be made to the Souris Personal Care Home or to the Souris Palliative Care Fund (both donations) c/o Prairie Mountain Health, Box 10 Souris, Manitoba R0K 2C0.

Baker: Samuel Richard, 65 years, beloved partner of Ena, father of Ryan, Samantha, Ashley and Enard, passed away in the Deloraine Health Centre on Thursday, October 10, 2019.  Memorial reception for family and friends was held at the Hartney Legion Hall, Hartney, Manitoba on Wednesday, October 16, 2019. Private interment in the Riverside Cemetery Hartney, Manitoba. In memory of Sam, donations may be made to Cancer Care Manitoba or to the Deloraine Health Centre.

Bauman: It is with heavy hearts that we announce the passing of Adin Martin Bauman at Dinsdale PCH on October 1, 2019. Adin was born at Wallenstein, Ontario in 1924. He grew up on a 100 acre farm complete with chickens, pigs, cattle and horses. Adin left the farm in 1945 and moved to Toronto for university. While there he met and married Irene Farrah, a farm girl from Leader, Saskatchewan. They were together for nearly 70 years until her passing in 2018.

Together they lived in Winnipeg, Dauphin,

It is with deep sadness that we announce the passing of our beautiful and loving mother, grandmother, and wife. For Gwen, a devastating twist of fate came suddenly the night of June 26th when she was taken from us by a tragic motorcycle accident.

Gwen will be deeply missed. The world certainly lost an elegant woman who inspired many with her caring personality, ability to make anyone feel welcome, and her infectious smile.