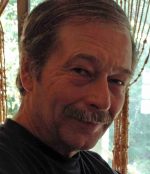 Dave attended school in Hartney and enjoyed sports including hockey and football. He was a farm boy who loved to hunt and trap. In 1972, he married Lorna Denbow and moved to Richmond, BC where he invested in Richmond Plywood and worked for most of his career. While working at Richmond Plywood, Dave obtained his millwright ticket and headed up the maintenance department. In 1984, he and Lorna separated and later divorced. Dave married Gail Cobban in 1987 and their son Neil was born the following year.

Some of the happiest times in Dave’s life were fishing in Deep Bay with the Denbow clan, and hunting in Manitoba with his brothers and in-laws.

A private graveside funeral service was held at the Riverside Cemetery Hartney, Manitoba.