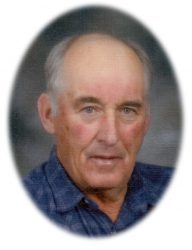 EDMUNDS: It is with great sadness that the family of Thomas ‘Tom’ Edward Edmunds announces his passing at the age of 74, on the evening of May 29, 2016, at the Souris Health Centre. Tom was born on October 9, 1941, in Souris, the eldest son of Tom and Hattie (Pearce) Edmunds. He was raised on the family farm, northwest of town, with his six siblings. As a boy, Tom developed a love of baseball, hunting and fishing, which he maintained his whole life. He attended school in Souris, and once he completed Grade 11, he dedicated his professional life to working full time on the family farm. In 1970, Tom married the love of his life, Margaret Livingston. Together, they raised three children — Keith, David and Megan. Through the years, Tom enjoyed competitive curling, attending minor hockey games in the region and beyond as well as camping with family and friends. A natural-born farmer, Tom worked until he and Margaret moved to Souris in the fall of 2005, at which time he began to ease into retirement. Tom was predeceased by his parents, infant brother David, sister Gwen (Setter), brothers-in-law Terry Binions and Jack Dufily and Doug Livingston. He is survived by his wife Margaret, his children Keith (Joanne), David (Lisa), Megan (Mark), and his siblings Joan Dufily, Barb (Dennis) Janz, Lorna Binions, Clair (Sharon), Craig (Lisa), brother-in-law Bruce Setter. Remembering Tom lovingly as “Grumpy” are his grandchildren — Josh, Nick, Brady, Zach, Brookelyn, Noah, Caybree, Riley and Hattie. Also mourning his loss are Aunt Minnie Pearce, sister-in laws Pat Nickel (Bob Donaldson) and Sandra Livingston, numerous cousins, nieces, nephews, and friends. A celebration of Tom’s life was held at St. Paul’s United Church, Souris on Friday, June 3. In memory of Tom, in lieu of flowers and cards, donations can be made to the Parkinsons Society Manitoba or to a charity of your choice.

“Love is how you stay alive, even after you are gone.”