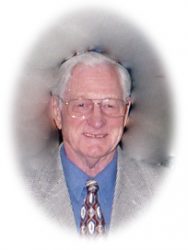 Peacefully, with family by his side at the Souris Hospital on Tuesday, July 05, 2016, Leslie Wilfred Knight passed away at the age of 93 years.

Les was born on April 23, 1923 in Regina, Saskatchewan, the first of five children of Edith and Les Knight. His family moved to Souris when he was 2 years old and he lived his entire life in Souris except for the time he spent getting his degree   in Medicine at the University of Manitoba. Upon graduating in 1946 Les returned to Souris and practiced medicine for the next 53 years. In 1948 Les married June Harding and the next 57 years of their lives were dedicated to family, friends, work, and community.

Les showed his love of Souris by committing countless hours to community service, being the Chairman of the Souris Valley School Division, three terms as mayor starting in 1966, and instrumental in getting the current Souris hospital built. He was also involved in building the Souris Medical Centre where he enjoyed years working with Ralph Whitfield, Dr. Alf Grant, and Dr. Boyd McCallum.

Besides practicing medicine, farming was a very important part of his life. He built a successful operation consisting of a feed lot and grain farm, and built a fully integrated private meat processing plant on his farm.

The family would like to give a special thank you to Dr. Cram and the staff at the Souris Hospital for the care and kindness that Dr. Knight received.

A private family service has been held.