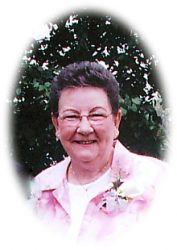 Morton: Dorothy (Dot) Anne (nee Jennings) passed away peacefully at the Souris Health Centre on Wednesday, November 5, 2014 at the age of 76, after a brief illness with cancer. Dot was predeceased by her parents Fred and Ila Jennings, her brother Billy Jennings and sister Ruth White. She is survived by her beloved partner Carol Mauthe, her son Brad (Debbie), grandchildren Candace (Kevin), Craig (Dawn), great grandchildren Damien, Zachery and Grace, and nieces and nephews. She was proudly known as Baba Dot to her grandchildren and great grandchildren. Dot, the youngest child, was born on February 26, 1938 in Winnipeg, Manitoba, lived for about 4 years on a homestead in Fairford, Manitoba and grew up in Steep Rock, Manitoba on the eastern shores of Lake Manitoba. There she loved swimming and learned to play piano and guitar. After high school, Dot moved to Winnipeg where she had various jobs, raised her son Brad and in the early 1970’s took an accounting course, prior to being employed with the Manitoba Text Book Bureau in 1976. She resided in Winnipeg until 1994 when her office was relocated to Souris, Manitoba and after 24 years of service she retired in 2000. Her love for music, at an early age, playing guitar and singing, developed into a profession while living in Winnipeg and in her later years still enjoyed entertaining, bringing much pleasure and happiness to everyone around her. Anyone who saw her perform knows that her rendition of Johnny Cash and June Carter was priceless. Dot had many passions in her life, spending summers at the cabin near Lac Du Bonnet where she and Carol enjoyed fishing, having bonfires, happy hours, planting flowers and growing tomatoes, and watching beautiful sunsets and wild life around them. She loved to cook and bake, especially at Christmas, her favorite time of year. Everything had to be prepared to perfection and the more food the better. If you wanted to see a Christmas house, you only had to visit Dot and Carol’s home — Christmas trees, lights adorning the whole basement, Santa Clauses and ornaments throughout the house. It took about a week to decorate but worth every precious moment. She had a great affection for dogs and loved most sports, golf, tennis, baseball, curling, whether it was participating or watching. Dot loved to have parties, no matter the occasion, Christmas, Halloween, New Years or a birthday. She was obsessed with candles, at times burning as many as 20, creating an enormous amount of heat. There also was only one way to listen to music — loud. Her smile and laugh were contagious and her personality lit up any room she entered. But Dot’s greatest passion was spending time with family and friends. She was especially happy her last few days with her family by her side. There was a twinkle in her eyes and it brought such a smile to her face. You will always be remembered, loved and sadly missed. Cremation has taken place. A celebration of Dot’s life will be held at the Royal Canadian Legion #60, 74-1st Street South, Souris, Manitoba on Saturday, November 22, 2014 at 1:00 p.m.  In lieu of flowers, donations may be made to the Souris Hospital Palliative Care Fund c/o Prairie Mountain Health, Box 10 Souris, Manitoba R0K 2C0 or to a charity of your choice. We would like to thank Dr. Cram and all the staff of the Souris Health Centre for their care, compassion and support during this difficult time.