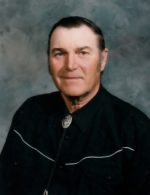 WILLMAN:  Robert John (Bob), August 9, 1945 – October 22, 2022. With great sadness we announce the passing of our husband, father, grandfather and brother on Saturday, October 22nd, 2022 at Brandon General Hospital with family by his side.

Bob was born on August 9th, 1945 at NE 18-9-22 in the RM of Whitehead to Fred & Clemence (Grosjean) Willman. At the age of 15 he quit school and did various jobs while helping on the farm.  On December 23rd, 1967 he married Dorothy Payne and they lived in a trailer on the farm while he worked at Central Construction and South End Lumber.  When he wasn’t at his job he was helping out on the farm.  On June 21, 1968 their daughter, Sherri was born and in December of 1968 they moved to Griswold.  On October 2nd, 1970 their son, Robby was born.  In June of 1971 they moved the house from Griswold to the farm and at this time Bob decided to go full time farming.  The farm was his passion and he continued to farm until his health forced him to retire. Even after he was unable to actively farm he could be seen touring the countryside seeing what everyone else was up to.

From 1992 – 1997 his four grandchildren, Janelle, Albert, Natalie and Marc were born.  They became the highlight of his life along with the farming. As the farm and the grandchildren gave him so much pleasure, Bob never saw the need to ever travel. He only took a couple of trips to the U.S. as he would rather go spend his time following the grandkids to their curling and basketball games.  He made many miles travelling to Winnipeg and all over to watch their games.

I believe that a man’s greatest pride is his dignity and that no calling bestows this more abundantly than farming.

I believe that hard work and honest sweat are the building blocks of a person’s character.

I believe that farming, despite it’s hardships and disappointments is the most honest and honorable way a man can spend his days on earth.

I believe that farming nurtures the close family ties that make life rich in ways that money can’t buy.

I believe my children are learning values that will last a lifetime and can be learned in no other way.

I believe farming provides education for life and that no other occupation teaches so much about birth, growth and maturity in such a variety of ways.

I believe that the best things in life are indeed free, the splendor of a sunrise, the rapture of wide open spaces and the exhilarating sight of your land greening each spring.

I believe that true happiness comes from watching your crops ripen in the field, your children grow tall in the sun, your whole family feels pride that springs from their shared experiences.

I believe from my toil, I am giving more to the world than I am taking from it, an honor that does not come to all men.

I believe that my life will be measured ultimately by what I have done for my fellow man and by this statement I fear no judgement.

I believe when a man grows old and sums up his days, he should be able to stand tall and feel pride in the life he’s lived.

I believe in farming because it makes all this possible.