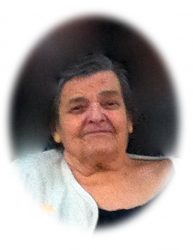 Wilson: Margaret Verne Wilson (Lewis) of Souris (formerly of Nesbitt) Manitoba, passed away in the Souris Health Centre on Sunday February 8, 2015 at the age of 83 years. She is survived by her husband Ross and their children; Bob (Susan) of Boissevain MB and their children – Steven, Brodie, (Bonni and son Blake) and Tari; Tom (Rita) and son TJ of Boissevain, and Kathy (Lyall) Keele and sons Reilly and Carter of Brandon.

Margaret was born in Winnipeg, Manitoba on September 13, 1931 and grew up in Morris Manitoba. Margaret became a nurse and was working in Morden MB when she met the man of her dreams. They were married on June 25, 1955 and began farming just outside of Morden . In 1959 they moved to the Wawanesa area continuing to farm. In 1965 they bought a farm in the Nesbitt area. Relocating to Souris in 2012. Margaret was a devoted wife and mother and grandmother and friend to anyone who knew her.

Funeral service was held at Kowalchuk’s Funeral Chapel, Souris, on Friday, February 13, 2015 at 2:00 with Interment at the Minnewawa Cemetery, Nesbitt, Manitoba.

In Lieu of flowers, in memory of Margaret, donations may be made to the Souris Hospital Special Care fund c/o Prairie Mountain Health Box 10, Souris Manitoba R0K 2C0.