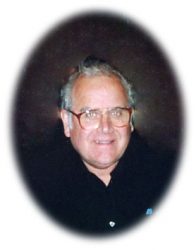 (July 11, 1945~November 3, 2012)
Clemas, Arthur Thomas  of Souris, Manitoba, passed away November 3, 2012 at Brandon Regional Health Center, Brandon Manitoba.
Art was born in New Westminster, British Columbia (BC) on July 11, 1945.  His parents were Robert Bertram Clemas and Anita Ann (Mosienko) Clemas.  He grew up in Cloverdale, British Columbia.  He met the love of his life, Carol Ann Vaughan at the Langley Roller Rink, Langley British Columbia   in 1962 and they were married August 18, 1967.  Art began working for the British Columbia Government Liquor Stores in 1967.  He enjoyed his work immensely and only retired a few years prior to moving out to Carroll, Manitoba.
Art was an avid golfer, a member of the Souris and District Men’s Club where he loved playing pool, fishing and hunting, challenging anyone to a game of crib, as well as cheering on his beloved Vancouver Canucks.  He was also a goal tender for many different hockey clubs in British Columbia. Art enjoyed gardening and spending time with his family and friends.  He had a great sense of humor, and a tremendous character filled with the sparkle of life and love.
Art is survived by his wife Carol, two daughters; Amber Clemas of Brandon, Manitoba and Tara Morrison of Hartney, Manitoba
; his son-in-law Mike Morrison of Hartney, Manitoba; his grandson Dylan Morrison; his two brothers Bill Clemas of Langley, British Columbia, and Kenny Clemes of North Vancouver, British Columbia as well as nieces, nephews, other relatives and friends.
A special thank you to all the staff at Brandon Regional Health Center, and Dr. Stone of Souris Medical Associates for the loving care and support.  Thank you to all of our friends in the local communities for all of the kind words, support, flowers, food, and assistance with arrangements throughout this time .
In lieu of flowers, the family is requesting that donations be made to the:  National Pancreatic Cancer Canada Foundation, 2446 Bank Street, Suite 656, Ottawa Ontario K1V 1A8  or to:  The Souris and District Men’s Club, Box 891, Souris, Manitoba R0K 2C0