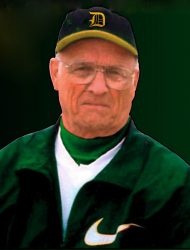 Deleau, Albert: With family by his side, Ab passed away on the morning of August 6, 2015 at his residence in the Souris Personal Care Home. Ab was born January 25th, 1922, to Gaston and Valdemire Deleau, the youngest of 3 children. He was born and grew up on the family farm in Deleau Manitoba. He took all his schooling in Deleau where he met his wife Claris Jasper. They married October 30, 1944. They farmed and raised their family in the Deleau district until they retired to Souris in 1979. Over nearly 71 years of marriage came 4 children, Al (Brenda) Deleau, Linda (Gil) Van Daele, Bob (Darlene Cross) Deleau and Val (Dexter) Kowalchuk. Ab was so proud of his 13 grandchildren, 25 great grandchildren and he got to meet his first great-great grandchild last year. Each one had a special spot in grandpa’s heart, he always knew what all of them were up to and loved teasing them right till the end Ab loved being around people, whatever their age, there never seemed to be a generation gap. He could always find a common ground, whether it was talking farming, playing cards, playing pool, curling or ball. He loved reuniting with old friends and making new ones. Ab had a great love for baseball, fastball, slow pitch, coaching and just watching, he loved it all. He played till he was 83. He won 5 World Series slow pitch championships and gave each of his children one of his prized championship rings. He was inducted into the softball hall of fame twice, once as coach with the Souris Blues ladies fastball team, and once as a player with the Manitoba Coyotes .Ab never took the game lightly, he was a serious competitor on the field and was never afraid to let the umpire know what was on his mind, but once the game was over he could sit down and chat it up with his opponents and the odd ump. A private graveside service was held on August 16, 2015 at the Souris & Glenwood Cemetery with Rev. Harvey Hurren officiating. A celebration of life with many friends, family and fellow ball players was held that afternoon at the park in Deleau. In memory of Ab, donations may be made to the Souris Personal Care Home, Box 10, Souris Mb. R0K 2C0.

In the last few days of his life when we knew he was too tired to go on, our dream was for dad to round third base and steal home one last time. We knew he would be safe.