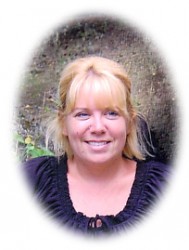 Drinkwalter: Angela Dawn (Kimball). It is with great sadness that we announce the passing of Angie after a lengthy battle with cancer. Angie was born in Brandon on September 26, 1975. As a child Angie lived in Brandon, Calgary and Basswood. As a young mom, Angie and her spouse Len raised their three children in Brandon, Calgary and Grand Prairie. A parting of their ways brought Angie back to Brandon where she met Jon, her spouse at the time of her passing. Jon and Angie were married and with his two daughters and Ang’s two daughters and son, they felt nothing would complete their blended family better then another child. Yours, mine and ours was a common expression with Angie. Angie had always done home daycare and with the size of her blended family, she decided to open a group daycare. Angie loved the pitter patter of little feet and since her family was complete opted to fill her life with animals to go with all the children. Whether it was a frog, cat or a horse, animals were always welcome with open arms. Ang’s  passion for children and daycare took an interesting step forward with the purchase of a rather large piece of rural property affectionately known to all  as “The Tree Farm”. Many hours were spent on this land with the kids in tow. Ang was always moving to the next level in child care, and with that, she and Jon began fostering. The home was always busy but Ang always managed share her time with all the kids whether it was with sports, band, drama or a job. Years of grooming, mowing and bush cutting prepared Ang for her next phase in child care. With the purchase of a bus, Ang spent the summer months with her ‘camp kids’ on The Tree Farm. After years of hard work her plans were starting to take shape. Sadly Ang was diagnosed with advanced cancer in the summer of 2012. Entering her battle with a poor prognosis, she faced it head on and never complained. When things were looking bleak, Ang advocated for some radical surgeries. She faced cancer with the determination that she could beat this thing. Many months were spent away from her family as she battled her disease. In July, Ang was fortunate to welcome her first grandchild and be present for a daughter’s wedding. Ang passed away at the Souris Hospital on September 12, 2014, all those lives who’ve been touched by Ang will forever cherish her memory. Ang will sadly be missed by her husband Jon, children Tyler, Krista, Karlee, Kayden, Alicia (Chris), Alison (Jared), Myranda, Delenn, little Krista and Shane, her dad Dan (Lisa) Kimball , mom Debbie Potter, grandparents Orland and Thelma Potter, brothers Marc (Stacey) and Allister, special aunties Sandie, Mary and Pat, and numerous other relatives. Funeral services were held at Central United Church, Brandon, on Wednesday, September 24, 2014. In lieu of flowers donations may be made to the Canadian Cancer society or a charity of your choice.