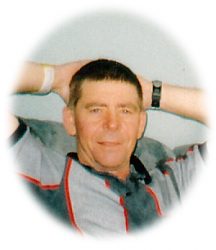 Douglas William Hume, August 19, 1953 to October 16, 2015.  Doug was born in Neepawa, Manitoba the eldest child of Orville and Loretta Hume.  He attended school in Brookdale and Neepawa before the family moved to Carroll in 1968.  Doug along with his siblings helped run the family farm until he purchased his own farm in 1972.  He married Denice in 1973 and they had three girls; Shelly, Pam and Darla.  The girls were raised on the farm outside of Carroll and have many fond memories of their life on the farm.  Doug was usually busy seeding, harvesting, haying or calving but he also made time with family a priority as well.  Doug spent endless hours tending to cows, whether it was calving, halter breaking, or preparing for cattle shows.  One of his daughters was usually at his side.  Over the years, Doug served as a member of the Carroll rink committee, hall committee and also served as a leader of the Souris 4-H beef club.  From a young age, he was always involved in sports whether it was baseball, hockey, slow pitch or curling in Carroll on a rink with his daughters.  Over the years Doug became “Papa” to eight grandkids.  His grandkids were his greatest love and brought him the most joy.  He could often be found at one of their sporting events cheering them on.  He would spoil his grandkids for birthdays and Christmas and always wanted to find just the right gift.  Family was the most important thing to Doug.  At large family gatherings he could usually be found playing cards with his siblings and nieces and nephews.  He moved to Brandon in 2010 and in 2011 sold the family farm to his daughter.  Doug continued to visit the farm on a regular basis, helping with the lambing, haying, or anything else that needed to be done.  Over the years Doug held many different jobs; Woodsong Farms, RedFern Farm Services, Heartland Livestock, Shape Foods, Wheat City Seeds, and a custom silage business.  Doug was always a hard worker and was well respected by those that knew him.  Doug will always be remembered as a kind, caring, soft spoken person who would give the shirt off his back to anyone who needed it.   Doug battled with health issues related to his diabetes on and off since his late 20’s.  On October 16, 2015, Doug passed away peacefully at his home in Brandon.  We know Doug is resting peacefully and will continue to watch over us for the years to come.  Doug was predeceased by his parents Orville and Loretta and sisters Marilyn and Judy.  Doug is survived by his daughters Shelly (Richard) Hillis, Pam (Drew) Haubrich, and Darla (Andrew) Wrightson, his grandkids Nathan, Madison, Taylor, Cassidy, Colby, Nash, Jade, Mark, his siblings Melvin, Brenda, Blair, Raymond, Sandra and families, and many nieces and nephews.  Doug was laid to rest in the Carroll Cemetery on October 21, 2015.  In Doug’s memory, donations may be made to the Canadian Diabetes Association.