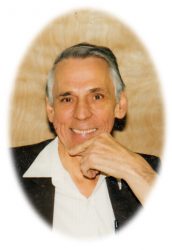 Hunt — Robert Arthur (Bob), July 17, 1932 — October 5, 2015. It is with deep sadness that our family announces the passing of Bob. He leaves to mourn his love and partner Sylvia Plawucki of over 25 years. Also left to mourn are Sylvia’s children: son Wade (Jocelyn) Plawucki, daughter Tara, son Darren (Dino) (Linda) Plawucki and their children Ryan and Jamie. Granddaughter Kelly Capp and her family. Bob treated Sylvia’s children as if they were his own. Also left to mourn is Bob’s only sister Doreen (James) Logeot, sister-in-laws Irene (Bill) Hunt and Mary (Bert) Hunt; Aunt Alice Ardagh and Uncle George and Aunt Elva Hunt; and many nieces and nephews, and countless cousins, all of which Bob was so proud. Bob was a person who kept the family connected no matter how far away. Bob was predeceased by his parents, Robert and Kathleen Hunt, and by his three brothers, William (Bill), Albert (Bert) and Brian.

Bob attended Forbes School (Glenwood Municipality) and one year in Hartney. In 1953 to 1956 he bused children to Hartney by car when Forbes School did not have enough students enrolled to keep it open, during those three years he worked part time at Atkinson Electric, C.C.I.L. Equipment and the Hartney Post Office. In the fall of 1956 he started to work with the Manitoba Hydro Commission as a timekeeper. He spent fourteen years in Boissevain as area clerk then moved to Winnipeg 1972 working as a clerk. In 1975 Bob moved to Jenpeg as a camp clerk. In 1979 he moved to St. James, Winnipeg as a caretaker and then to Gillam in 1985. After 35 years with Manitoba Hydro he retired in 1991. Bob loved all sports, and coached baseball while in Boissevain. When he was no longer able to watch the games in person or on television he continued to enjoy listening to them on the radio. He had a great love of horses, especially Belgians, and was thrilled when one of his geldings made it to the Royal Fair in Toronto.

Funeral service was held at the Hartney Centennial Centre with interment in the Hartney Riverside Cemetery.

“To Sylvia my love forever. I came to the end. The sun has set for me. Why cry for a soul set free. Miss me, but go on with life. Remember the love we shared. Remember the good times we had together. On this journey I must go alone. Miss me but let me go. Forever holding your hand. Love Bob.”

In memory of Bob, donations may be made to the Polio Survivors Association or to the Hartney Rink Fund c/o Town of Hartney, Hartney, Manitoba R0M 0X0.