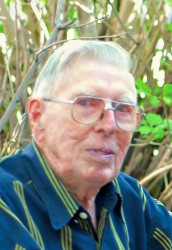 Hammond: It is with great sadness we announce that on Saturday, January 11, 2014 at his home in Brandon, John (Jack) Alexander Hammond slipped away peacefully in his sleep at the age of 88 years. Jack was born October 12, 1925 on the family farm in the community of Westhall, Manitoba, midway between Deloraine and Hartney.  He was the third child of Harry and Annie (Reid) Hammond, brother of Fern (Merle Maguire), Mel (Edna Jones) and Marie (Jack Huxley). On November 20, 1954 Jack married the love of his life, Eva Jane Moore of Elgin.  Together Jack and Eva raised two children: Heather (Ernie Braun) and Paul (Ania) in the family farmhouse at Westhall.  Jack was a kind and devoted husband, father, grandpa and great-grandpa. He loved spending time with his kids and grandchildren: Jason Cassils (Kim), Monica Baldwin (Bryce), Michelle Riddell (Kasey) and Brittani Hammond (Trent) and especially his 7 great-grandchildren: Rianna, Jadyn, Dylan, Mia, Ashton, Ella and Emma.  His step-grandchildren were Magdelena Dec (Chad), Karolina Dec, Sean Braun (Brenda), Heather Neufeld (Tim), and Ryan Braun (Martha).  Jack was a very humble, yet determined person who always put the needs of others before his own. He led by example and showed family and friends how to treat others with kindness, respect, and generosity. Jack was always positive, enjoyed telling jokes and always loved a good laugh himself. You could always find him tinkering with and fixing things, playing with new gadgets, taking pictures and listening to music and the weather forecast on his little portable radio. Jack enjoyed playing hockey with the Dand team, playing his saxophone, curling, snowmobiling and even tried his hand at downhill skiing later in life. In 1954 Jack and Eva took over the family farm and together they tore down old farm buildings, removed trees and planted many new ones. They took great pride in their yard, always having lots of flowers to brighten it up along with a great vegetable garden. They also spent many hours updating and repairing the old stone farmhouse built in 1897 and added a new living room in 1966. Paul and Ania still reside here 116 years after the original stone house was built.    Jack and Eva retired to Brandon in 1989 after 35 years of farming at which time Paul took over the farm.  Jacks love for farming never waivered and he returned to the farm for many years during the busy seasons, even as recently as this past fall when he came out and climbed aboard a combine to help finish the harvest. You could still see the gleam in his eyes that day. While living in Brandon Jack spent his days tinkering in his workshop and happily planting more trees and flowers in their yard at Brentwood Village. Jack was living at Fernwood Estates on the south side of Brandon.  Eva resides at Fairview Personal Care Home. Jack was predeceased by his parents Harry and Annie, Sister Fern and Brother Mel. A graveside memorial service was held at the Elgin cemetery on Friday, January 17, 2014 followed by a time of fellowship and lunch at the Elgin Community hall. In memory of Jack, donations may be made to the Heart and Stroke Foundation or Cancer Care Manitoba.